A member getting married, LEGO’s newest efforts at highlighting disability, and actions by others to increase member’s confidence were all topics on last week’s #CPChatNow Twitter chat.  I am Interim Co-Host, Devin Axtman, and I will be taking you along on this week’s recap.  The only issue is, there were too many good Tweets to include!

#CPChatNow opened with a joyous start as regular, Jen Conventry, announced she had recently been married: 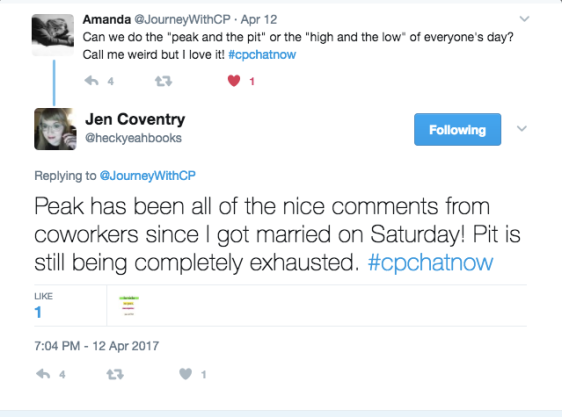 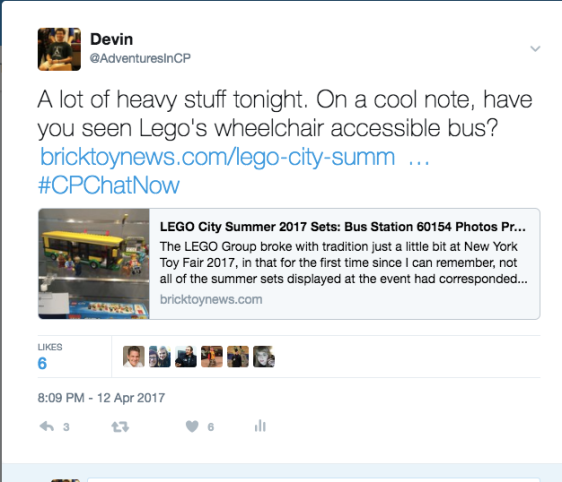 Dave pointed out that LEGO has also released a wheelchair ramp to go along with their characters who use wheelchairs. Bravo, LEGO! 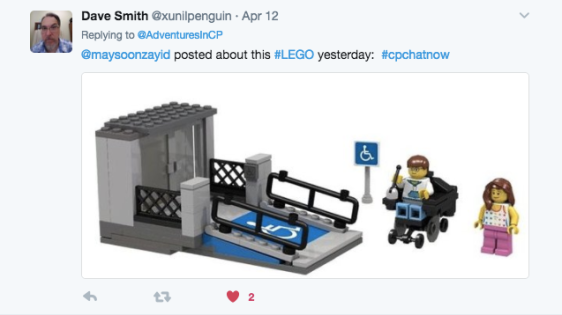 Finally, #CPChatNow Co-Host, Zachary Fenell, posted a question that sparked conversation.  Zach asked whether people get offended if their CP prevents them from being considered to do something by others.

Zach shared a powerful story of his cousin allowing him to hold a baby and how that totally awakened his confidence. 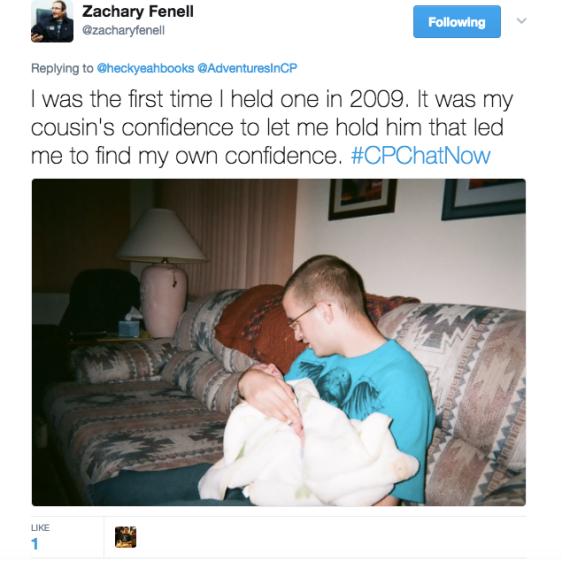 This leads us to our Extend-The-Question conversation, What actions have others taken to increase your confidence with your CP?  Please share your answers in the comments! 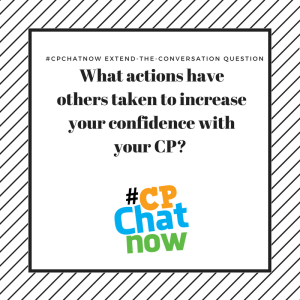 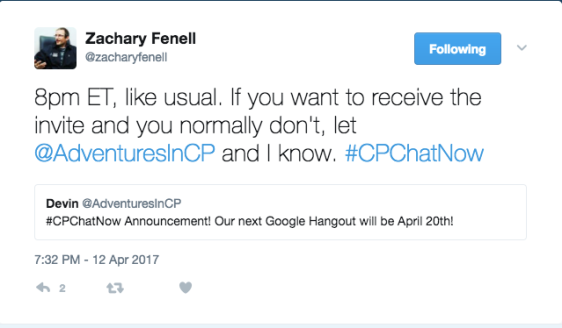 Have a great week, #CPChatNow fam!