First, Blemi sparked an intriguing discussion by asking if she should feel guilty for claiming the only handicapped parking spot: 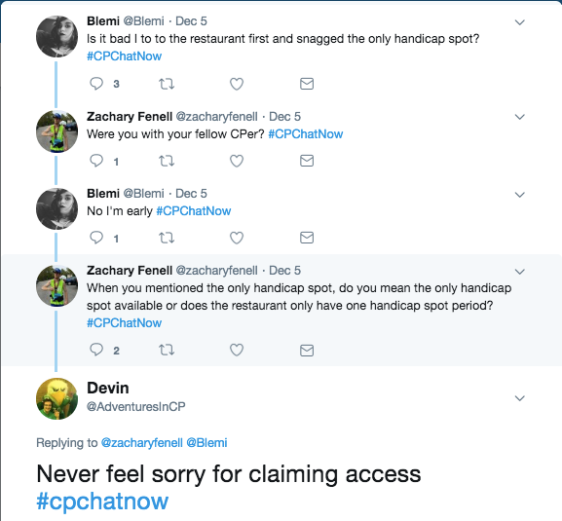 Next, there was an enlightening discussion sparked by Shira’s tweet asking what members thought made someone strong in a community that is often seen as strong by default:

I added in the importance of attitude towards others: 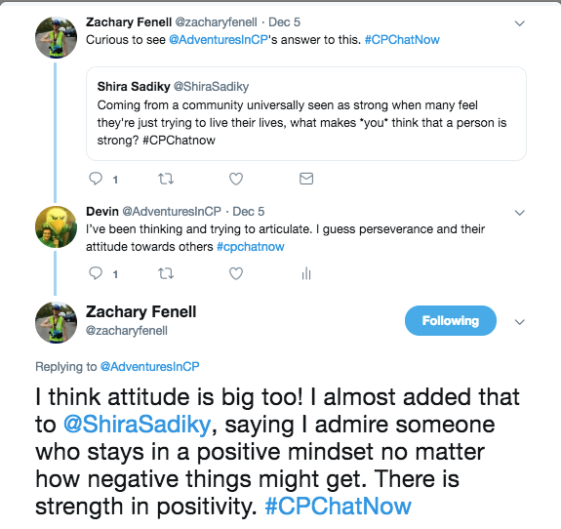 Zach asked about how #CPChatNow had been a positive and many members talked about a positive of finding community.  Cirán discussed the positive of his distrust of escalators being validated from a previous discussion about the dangers of using escalators with CP:

Zach then asked members what they would make the official theme song of #CPChatNow:

This brings to our Extend-The-Conversation Question: What is the theme song of your life with CP?  Please share your answers in the comments and join us each Wednesday at 8 Eastern on #CPChatNow on Twitter